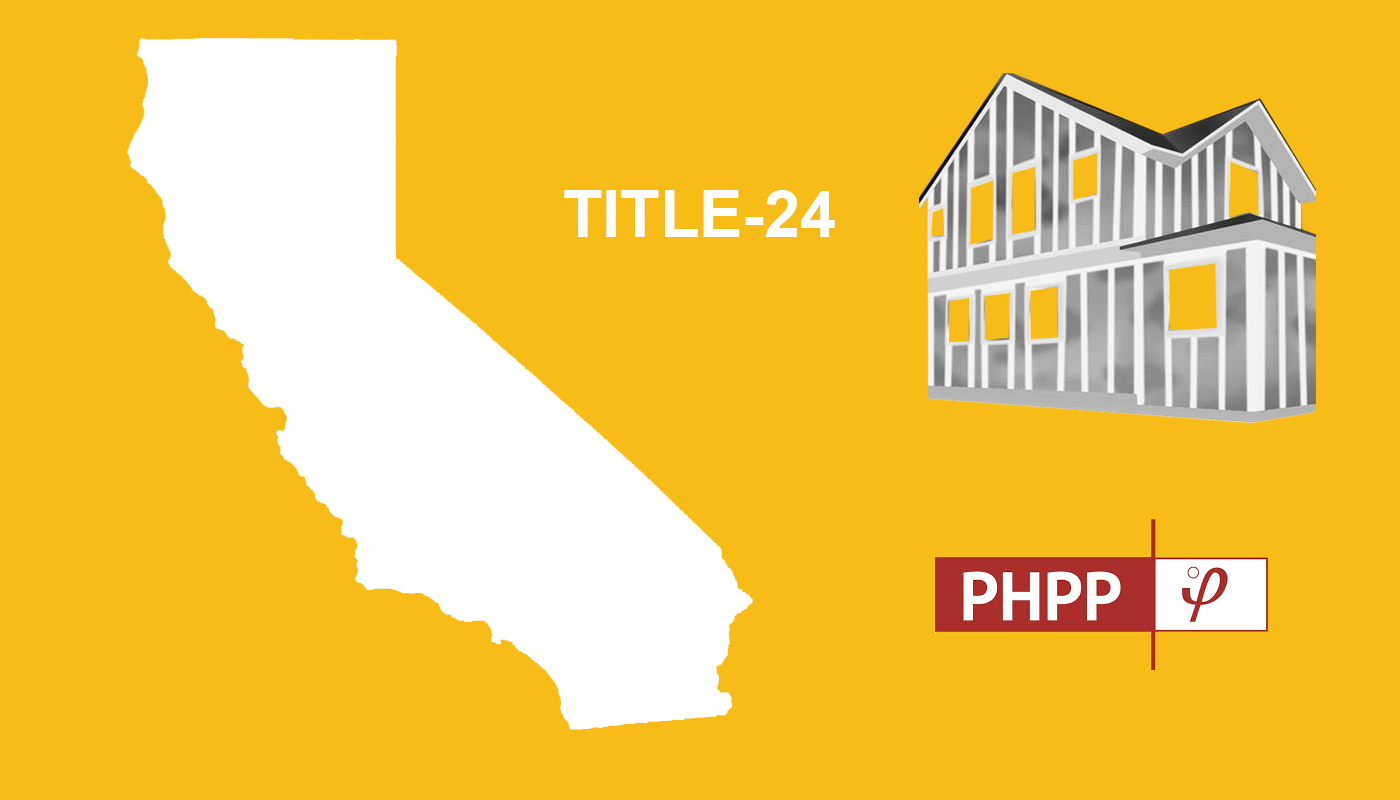 Thermal bridging is a complicated topic for two reasons: it has multiple aspects, and it often requires complex calculations. Let’s look at a simple case first—exterior wall framing. An exterior wall has multiple layers. For instance, from outside to inside, it may have:

A Passive House wall will have a carefully-designed air and water barrier that sheds water, minimizes air infiltration, and ideally is vapor permeable to allow the movement of humidity into and out of the wall assembly. There are many ways to accomplish this, but that’s a topic for another discussion.

Regarding thermal bridging, the important components are the wall framing and the insulation. We install insulation to reduce thermal transfer between the inside and the outside. We don’t want to lose heat in the winter time, and we don’t want hot summer temperatures to come into the house in the summer. Unfortunately, wood transfers heat and cold more readily than insulation. In order to accurately determine the effectiveness of a wall, you need to account for wood’s thermal transfer.The amount of wood in a building assembly is often called a framing factor, expressed as a percentage. In simplest terms, that percentage indicates how much of the wall assembly is wood instead of insulation. If you know that number, you can calculate how much the wood reduces the overall insulating value of the wall. Building scientists have been doing this for years.

The California Energy Code assumes a 25% framing factor for walls with framing spaced 16” apart. If you assume the framing is 2x lumber, that’s only 1.5” of wood width for every 16” of insulation. Dividing 1.5 by 16, you get 9%. Where does the other 16% come from? As shown in this picture, it comes from top and bottom plates, fire blocking, and additional structural framing members around doors and windows.

Although 25% seems excessive, it just a conservative estimate based on typical framing practices, which don’t usually focus on minimizing the amount of wood being used.

To counteract the effect of the framing’s thermal bridging, a common practice, especially in Passive Houses, is to add a layer of insulation on the exterior of the building, on top of the sheathing, but under the finish material. This has an added bonus of shifting the dew point towards the exterior to reduce the risk of condensation on the sheathing.

Both the CA Energy Code and the Passive House Planning Package (PHPP) modeling software both have provisions for framing factor. In that respect, they are similar. The difference is that the Energy Code has fixed percentages, such as 25% for 16” O.C. framing. The PHPP, on the other hand, lets you specify the framing factor. By evaluating the amount of wood used for the framing, you can readily estimate a framing factor and include it in the PHPP calculations. If you want to be conservative, you can use the Energy Code factors in PHPP.

The thermal bridges in building intersections require a more complex analysis for two reasons. The first is that intersections often contain more lumber than a wall, or perhaps more steel, or concrete. The second is that when we measure a building for energy modeling, we typically use the exterior dimensions. The California Energy Code ignores both issues. Passive House modeling does not. 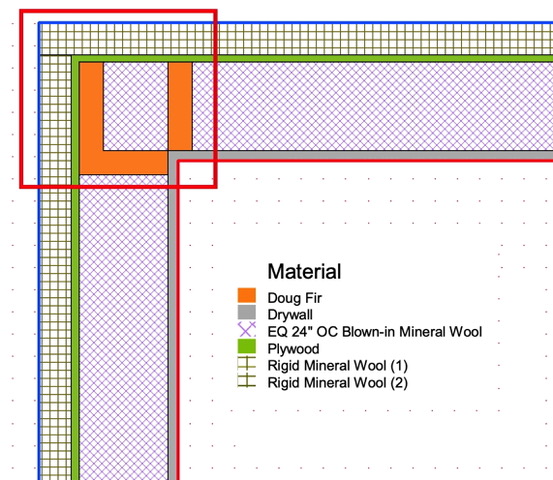 Here’s the plan view of a typical building corner that has been designed to use as little lumber as possible. Modeling this corner as two 2x walls using exterior dimension introduces two errors. First, the corner, highlighted in red, gets counted twice. Second, the framing in the corner is ignored—the two walls are assumed to be generic wall types with a standard framing factor of, perhaps, 25%. However, there’s extra lumber in the corner with potentially increased thermal bridging. Both of these errors mean that the overall calculated thermal transfer is inaccurate. It may be too high or too low. The only way to know the effect of those modeling errors is to calculate a correction.

In the Passive House world, this correction is called a PSI value. A positive PSI value indicates that the thermal transfer in that corner is higher than calculated using outside dimensions. A negative PSI value indicates that the thermal transfer is lower. These types of corrections are ignored by the California Energy Code. That may not seem like a big deal—after all, it’s only one small corner in what might be a huge building. However, if you examine all the thermal bridges in a building, which exist every place there is an intersection or change of building assembly, it can make a huge difference. The Energy Code approach results in a reasonable approximation of thermal transfer. The Passive House approach takes more time and additional software skills. All PSI values of any significance have to be calculated and entered into the PHPP. However, this results in a much more accurate evaluation of a building’s overall thermal performance. 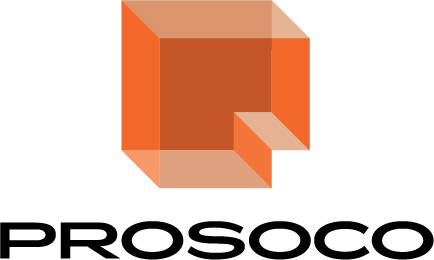 Stay informed on the Passive House building standard, project developments, upcoming events and courses. Connect with us on social media or sign up for our email newsletter.

This website uses cookies so that we can provide you with the best user experience possible. Cookie information is stored in your browser and performs functions such as recognising you when you return to our website and helping our team to understand which sections of the website you find most interesting and useful.

Strictly Necessary Cookie should be enabled at all times so that we can save your preferences for cookie settings.

If you disable this cookie, we will not be able to save your preferences. This means that every time you visit this website you will need to enable or disable cookies again.